Year 6’s trip to the Museum of London 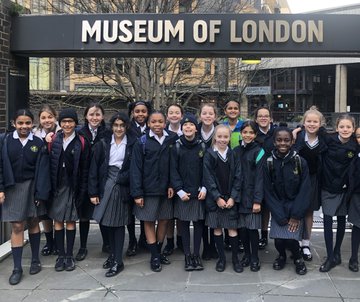 On Monday 13th January Year 6 visited the Museum of London to develop their understanding of the Suffrage Movement. We travelled by bus to East Croydon station and by train to City Thameslink.

We had the opportunity to walk around the many galleries there which showed us aspects of London life from 450,000BC until the present day. The gallery that we enjoyed visiting the most was the ‘People’s City’ as we were fascinated by the collection of Victorian shops in it. We also liked watching the short films and engaging with the mini activities there.

Our next activity was amazing. We walked into a room which had a small platform and a banner saying ‘Deeds not Words’ on it. In the middle was a woman dressed in old fashioned clothes who said her name was Kitty Marshall. She gave us a brief outline of her life and explained how she had become a suffragette – she was very interesting to listen to. Some of us wore WSPU sashes and acted as Emmeline Pankhurst, her 3 daughters and more famous people in the women’s suffrage movement.  She taught us the official suffragette song and we marched around the room singing it at the top of our voices whilst holding a banner that said ‘Votes for Women’. After that we were divided up into two groups; one to represent the suffragists (they tried to get the vote by not breaking the law) and the second to represent the suffragettes (who tried to get the vote by breaking the law). We were challenged to prepare arguments as to why our method of gaining the vote was better than the other group’s, and then we had a fierce debate – it was an honourable draw.

We really enjoyed the whole trip – definitely one of our favourites. 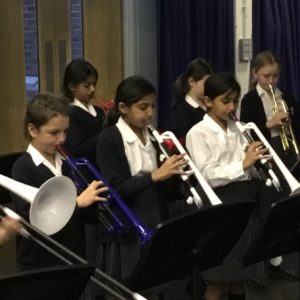 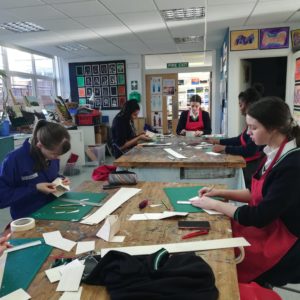 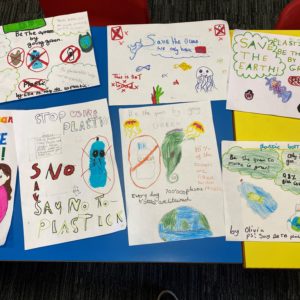