Being a beginner to MUN (Model United Nations), I didn’t know what to expect at my first MUN conference with Reigate Grammar School, hosted via Google Teams. Although I had attended MUN clubs at school, nothing can truly prepare you for the real thing, and being able to respond rapidly and with ease is certainly a skill acquired over time. I was in-between nervous and excited; the prospect of delivering an amendment or responding to other delegates can seem daunting, but my time was far from this.

We began the day with an introduction from pupils at Reigate who had been doing MUN for years, and it was inspirational to see how far up the school your MUN career can go. I then took part in various workshops on writing resolutions and discussing the MUN etiquette. After this, I felt prepared to speak on behalf of the country I was representing, France. On two very interesting and important topics: the refugee crisis, and France’s stance on the political usage of social media. Although researching is key before a conference, listening to the opinions of other delegate’s and developing from their points is vital.

At first, that is what I did. I listened to other delegates and their stance on the topic at hand, and after much deliberation, I decided to put forward an amendment. That the perspective and opinions of refugees should also be considered, and their experience within the refugee camps should be evaluated. After answering some thought-provoking responses, agreeing, and disagreeing with my amendment, a vote was held. Although my addition to the resolution didn’t pass, it did bring up some valuable discussion on the crisis and how refugees’ personal situations should be considered more when formulating policies.

All the delegates within my committee SOCHUM (Social, Humanitarian and Cultural Committee) were beginners to MUN like me, but I learned a lot from all of them, and consider this experience to be very valuable.

I would now like to encourage students to take part in MUN, as it can really provide new perspectives for you to consider and understand how the decisions the world relies on are crafted. 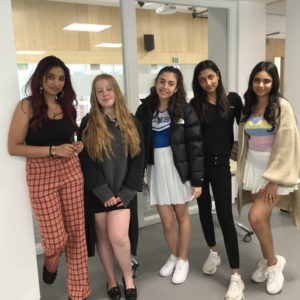