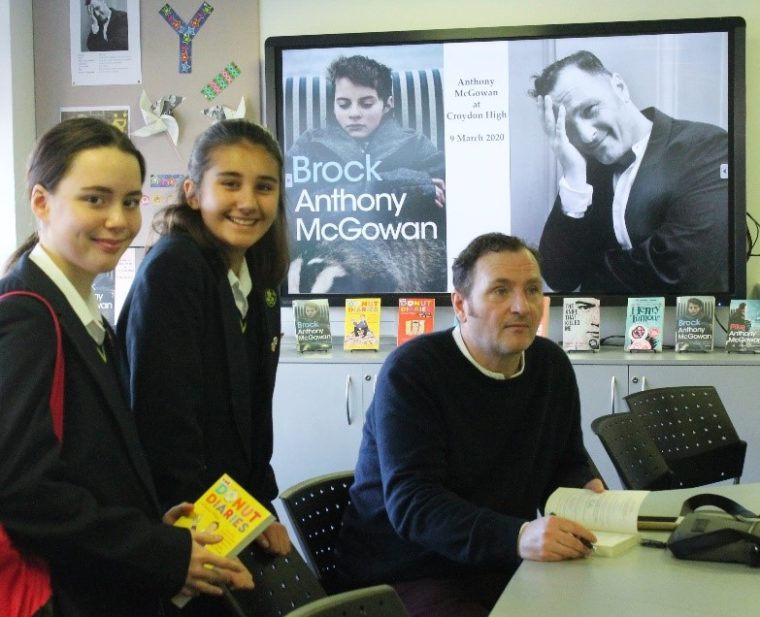 Anthony (Tony) McGowan, author of the funny, down-to-earth Donut Diary series as well as the gritty young adult novel The Knife that Killed Me (which was made into a film!) spent Monday at Croydon High.

When he was nine, his primary school teacher gave him a copy of The Lord of the Rings. It took him a few years to read it but, he says, “afterwards, I’d become a different kind of person; one who read novels and might one day write one”. He now has over 40 books under his belt, including non-fiction titles. A chance meeting in Scotland, when his Henry Tumour won the Catalyst Award, led to Tony being invited to write for Barrington Stoke which specialises in books for under-confident or dyslexic readers. The result was Brock, the redemptive story of a teenager, Nicky, and his brother, Kenny, who has learning difficulties, and the badger cub they rescue from a group of bullies. His schooling at the ‘worst school in Leeds’ provided fertile material for Brock, the first of a series; Rook, the third in the series, was shortlisted for the prestigious 2017 Carnegie Award. 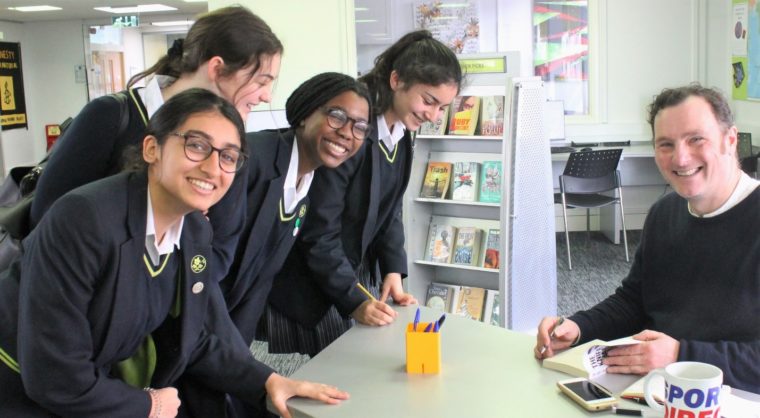 Tony breakfasted with the Croissants & Kindles Book Club, chatting informally about favourite books and his writing, and talked over what pupils sometimes find discouraging about reading. When asked if Tony had to change his writing style for Barrington Stoke he replied: “Yes. My ‘normal’ writing style is quite complex, full of ‘look at me’ linguistic flourishes and extravagant metaphors… that all had to go… in Brock, I focused on character, setting, and plot. I pared my writing style down, using simpler constructions and more direct language. I think it made me a better writer.” 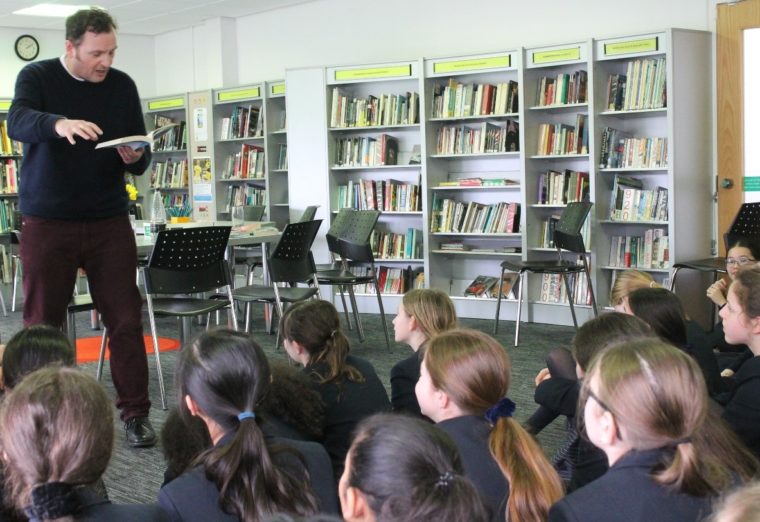 Barrington Stoke uses a bespoke font called Barrington Stoke Roman that is helpful to dyslexic readers, reducing the chance of a reader confusing letter shapes. The books are printed on a yellowish, tinted paper that is easier on the eye. The Book Club girls commented that sometimes Barrington Stoke falls down on its book covers (too childish for tweens or teens). Although this is not the case with Tony’s novels, he said he would pass on this useful feedback to the publisher. Gaby (Year 9) is a Rook fan. She says: “Mrs Abrams gave me this book called Rook to try. 24 hours later I returned it – not because I didn’t enjoy it but because I could not put it down! I had finished the whole book in one day; I had never accomplished this before.” High praise indeed. 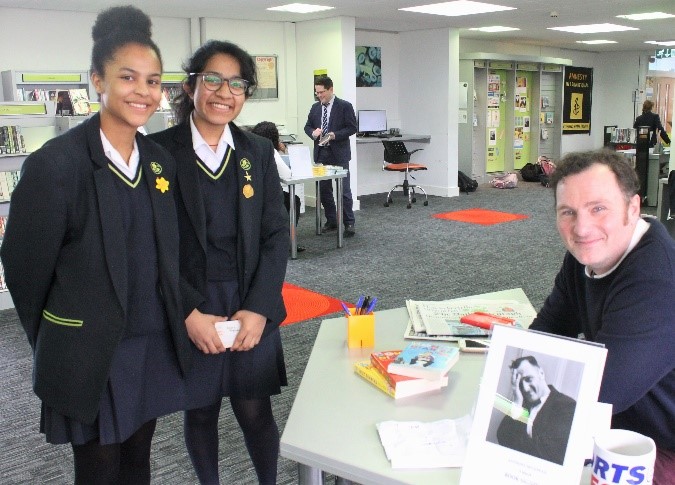 Tony gave entertaining, animated presentations to each of our Year 7, 8, and 9 groups, which included dramatic readings from his novels. He explained that every story needs an element of peril; for Brock, for instance, it is the fear of the bully, while in the humorous Donut Diaries it is the ever-present danger of humiliation. His advice for prospective writers:

The best part of Tony’s day at Croydon High? When Sarena and Anna (both in Year 11) suddenly discovered that the author of The Donut Diaries, books they were obsessed with when they were younger, was in the LRC. They enjoyed a chat with Tony and Anna purchased a copy of The Donut Diaries for Sarena, for old times’ sake. Tony described this as “the best feeling I’ve had in years!”.

Our girls expressed their own views of Tony’s visit: 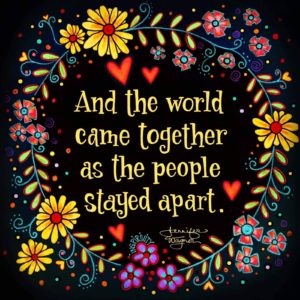 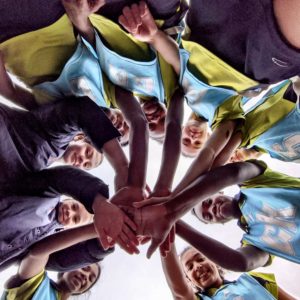 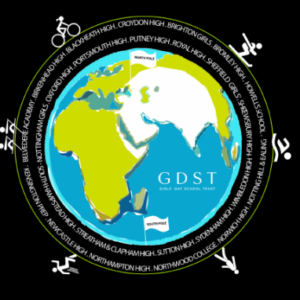